A claim event which impacts the normal operation of a business needs to be handled promptly and intelligently. The CILA Business Interruption SIG committee comprises seasoned loss adjusters who are skilled in finding appropriate solutions to such business interruption claims. The group encourages industry debate on issues associated with business interruption policies and supports the Continuing Professional Development (CPD) of CILA members by delivering thought provoking and informative sessions at our conference each year.

To receive SIG updates please login to sign up

This diagram is a simple guide to the cover that is typically provided by a Business Interruption policy and what an SME needs to evidence when making such a claim.

The wheel considers three potential impacts of an incident, how these impacts are reflected in business interruption policies, the objective of evidence that is requested and examples of documents that an SME might be able to provide to evidence their claim. The impacts covered by the wheel include (1) revenue reduction (2) cost increases and (3) cost decreases and the evidence covers turnover, profit and loss, variable costs and invoices.

An Adjusters Guide to Increase in Cost of Working

This paper provides an introduction to Increase in Cost of Working (ICW), a policy cover associated with Business Interruption (BI) insurance.

The paper sets out the common features of ICW cover and provides examples of ICW, such as sub-contracting, additional overtime, temporary repairs, premium costs for accelerated re-instatement and temporary premises. The writers share their experience of agreeing ICW costs and plans in practice. The paper also covers considerations in relation to the Maximum Indemnity Period (MIP) and the timing of reduction in turnover. Underinsurance is also briefly discussed.

Businesses throughout the world have been affected by the outbreak of the coronavirus (COVID-19). The purpose of this paper is to highlight some of the considerations for business interruption claims.

The writers first highlight the importance of considering existing and ongoing claims, in particular, the application of the Other Circumstances clause. The paper also considers the question of whether Damage can be said to have occurred at the premises. BI extensions for Notifiable Disease and Act of a Competent Authority are discussed and the writers recommend consideration of legal cases such New World Harbourview and Orient Express Hotel.

Introduction to Accounts and How to use them

A useful paper which provides an introduction to accounts, the terminology that is used and the type of financial information that loss adjusters can expect to obtain from commercial policyholders.

The basic principles of costings are outlined, including direct or indirect costs, fixed, variable or semi variable costs and standard costing systems. The paper also sets out a profit and loss account and balance sheet, explaining terms such as turnover, cost of sales, gross profit, overheads, assets and liabilities. The accounting requirements for different types of business are discussed and the requirements of the Companies Act are outlined.

An Adjuster's Guide to Stock Reconciliation

This updated version of the 1990s paper by John Ball is a guide to the stock reconciliation process, including helpful questions to ask and what to consider in claim calculations.

The pros and cons of stock reconciliation are outlined, along with the steps required. The writer suggests preliminary actions to take before progressing to the stock reconciliation calculation. Considerations for establishing the opening stock, purchases, sales and rate of gross profit are discussed, plus the need to focus on tracking stock movements rather than cash. The paper covers adjustments such as obsolete stock, shrinkage, price fluctuations and stock on approval.

The very popular report “Business Interruption Policy Wordings – Challenges Highlighted by Claims Experience” has been reissued and the latest version is now available to download.

Whilst it is now over six years since the original publication of this report, it remains topical and the issues discussed continue to cause difficulties in claims.

Our thanks to the Insurance Institute of London (IIL) for producing this latest edition of the report and also to Damian Glynn, Harry Roberts and other CILA members who contributed to this important piece of work. 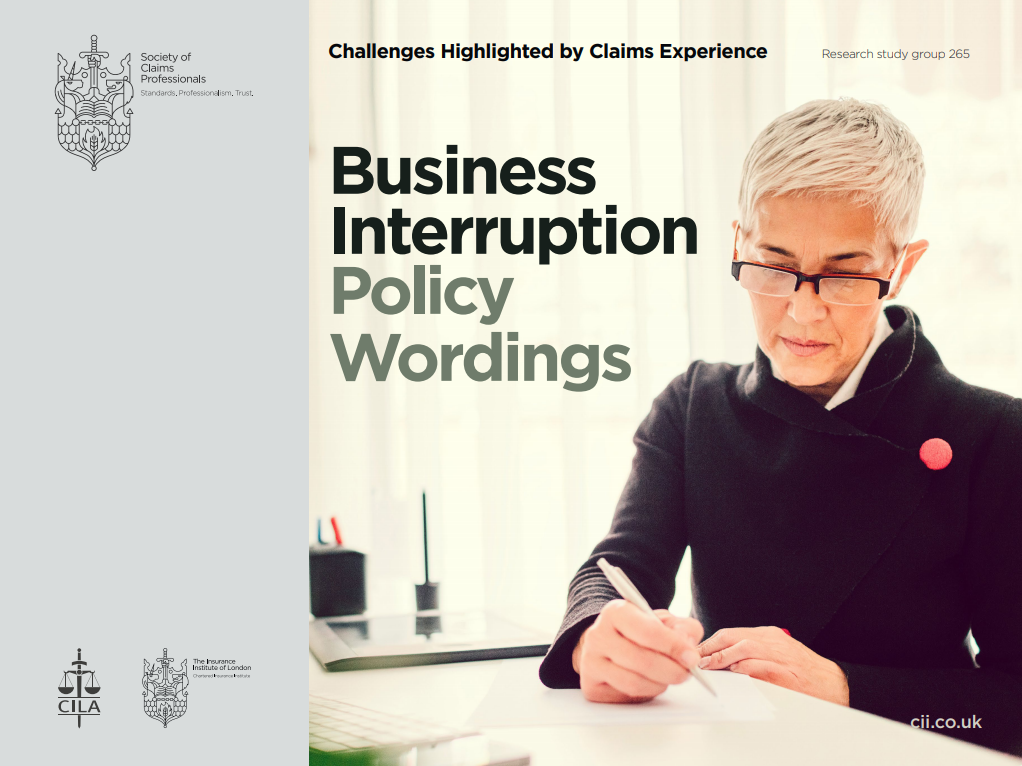 Joint IIL-LBIA lecture – Gross Profit – are we all still getting it wrong?

If you are a member of the Chartered Insurance Institute (CII) you can access a podcast recording of the lecture via the IIL website: http://www.iilondon.co.uk/home/cpd-events/lectures/2017/may/gross-profit-are-we-still-all-getting-it-wrong/

Alternatively, you can view a copy of the presentation material here:

The speakers refer to a survey which was conducted by the Risk Management Society (RIMS) and this can be accessed by logging on to the RIMS website: https://www.rims.org/RiskKnowledge/RiskKnowledgeMain.aspx

The earthquake that hit Christchurch over five years ago was, from an insurance perspective, the largest disaster of its kind. Such a significant event was bound to test existing thinking on how BI policies respond to wide area damage and related issues, yet few if any principles have been publicly tested despite the magnitude of the sums involved. It is estimated that it could be another decade before the city is fully rebuilt and recovered. Peter Faire, an experienced local loss adjuster and BI specialist, will examine what legacy this event may yet provide in terms of insurance principles and practice.

The original purpose of Declaration based Business Interruption Policies was to avoid Policyholders losing out due to underinsurance resulting from high rates of inflation. Policyholders could over insure and if, when they made a (second) Declaration at the end of the year this was proved to be the case, Insurers would refund that proportion of the premium.

Unfortunately, Declarations are generally not being made, as Declared amounts are often substantially low.

The Declaration Linked basis was introduced with the idea that at the outset of the Insurance year the Policyholder would estimate the Gross Profit for the Policy Period and make an intial Declaration to the Insurer. At the end of the Period, a second Declaration should be made confirming what the actual Gross profit was, and thereby the premium that should have been paid. The balance is then paid or a return premium made.

In return the Policyholder was given a limit to the amount that could be claimed at 133.33% of the Declared amount, with no proportionate reduction (average) clause attaching to the policy. Harry Roberts view was that in his experience it was incredibly rare for the uplifted sum insured to be insufficient.

Damian Glynn went on to explain that 60% of BI policies were written on a Gross Profit Basis, 25% on a Gross Revenue basis and the remaining 15% on an Increase Cost of Working basis. Of the policies underwritten on a Declaration Linked basis, 43% were under declared, by an average amount of 50%.

Firstly, Insurers are receiving insufficient premium ; secondly, the result of the process is inequitable. This was exampled by the fact that a business that made an accurate Declaration would pay the full premium but a firm that under declared would still receive the same benefits of full cover without the application of proportionate reduction, but would not have paid the full premium. This means the underinsured businesses are subsidising the fully insured businesses.

Damian went on to provide a list of reasons why Gross Profit may be under declared as follows:

1. Failure to multiply the annual figure to match the Maximum Indemnity Period
2. Miscalculation of Gross Profit (Insurance definition may be misleading)
3. Misunderstanding the declaration form
4. Business calculating their “Estimated Maximum Loss” and using this figure
5. Simply paying what could be afforded
6. Deliberately under declaring, knowing there is a 133.33% uplift

For the Loss Adjuster there are two other factors to take account of. Firstly, the basis of the declaration varies from policy to policy and therefore the Loss Adjuster should check the precise wording in place. Secondly, there is a danger that, if the adequacy of the Declaration is not considered at the outset, when dealing with a combined material damage (MD) losses and BI loss, the Adjuster may recommend payments under the MD section, potentially estopping Insurers from taking action if it is later found that the BI element was under declared. Estopple was not discussed in detail.

The issue as to how or whether Insurers could take punitive action was discussed by Jonathan Hall, a Partner with Clausen Miller solicitors who noted that the cause of an Under Declaration may not be relevant from a legal perspective.

Jonathan Hall explained the position concerning an under declaration and this rested on whether this was a statement of expectation or belief or a statement of fact.

If an under declaration is a statement of fact (a statement about the past or present but not the future), the remedy is policy avoidance, irrespective of whether the untrue statement was made innocently, negligently or fraudulently (Section 20(4) MIA 1906, Pan Atlantic and Arig).

But if an under Declaration is a statement of expectation or belief, the insurer will not be able to avoid the contract, unless the statement was not made in good faith; that is it was made dishonestly (Section 20(5) MIA 1906, Economides v Commercial Union Assurance Co plc [1997] 3 All ER 635 and Rendall v Combined Insurance Company of America [2005] EWHC 678 (Comm) (‘Rendall’)). Statements of expectation or belief include estimates (Rendall).

In summary, the seminar covered the central issues of Declaration based BI policies, the possible inequities of under Declarations and the options available to Insurers to penalise those who under Declare and the basis in law upon which these remedies exist.

Have a look in the CILA Technical library. Papers and presentations that were previously produced by our SIGs are often filed there for the benefit of members. 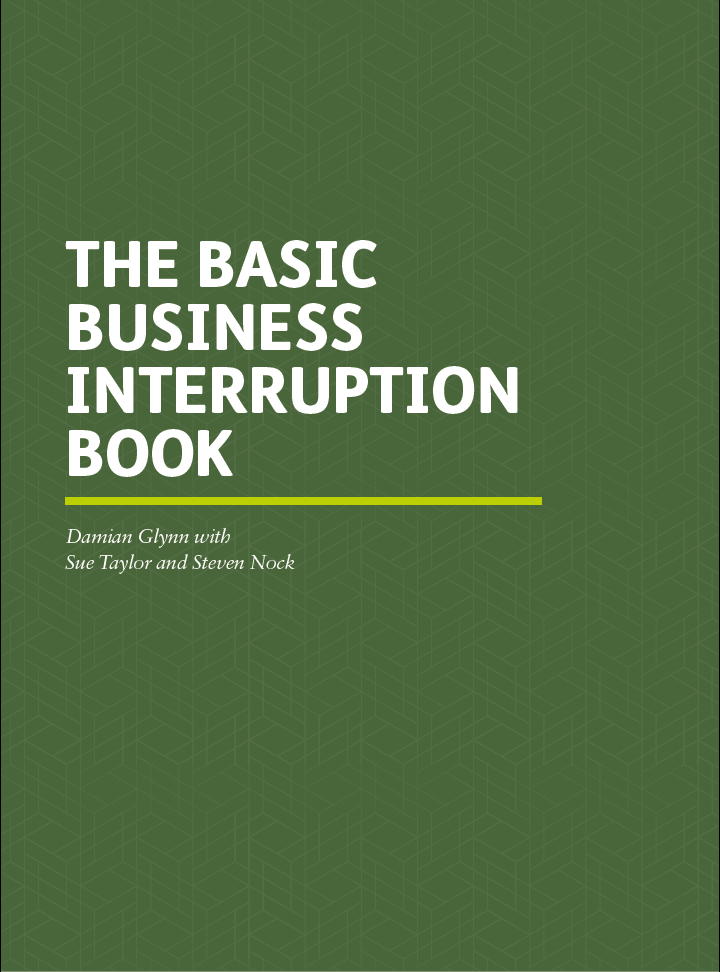 Business Interruption SIG in association with: