The pandemic meant that Shaun Kelly had a most different year as the CILA President.

The only Presidents coming close are perhaps Graham Smart whose year was also impacted by Covid-19 and our founding Presidents during the Second World War.

It was therefore a fitting tribute that Shaun was presented with a special award at the CILA Awards Dinner 2021 by a descendent of the founder John McMullen Brooks – the award being named the Mc Mullen Brooks Award.

Our thanks to Caroline Strafford and her husband John who attended the Awards dinner and shared the story and legacy of John McMullen Brooks. 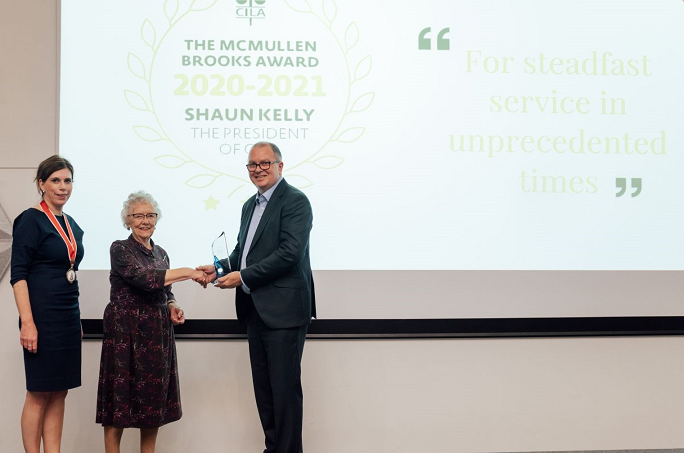