Representing the CILA, Malcolm has been Honorary Secretary of FUEDI for the past two years and has been involved in the FUEDI Executive for over six years. During this period there have been considerable developments in FUEDI including:

“Malcolm has been central to FUEDI’s discussions with the EU, Insurance Europe, as well as other European industry federations for several years. Membership of FUEDI is not EU based but having Malcolm at the centre at a time when the UK is set to leave the EU is very beneficial when we seek to guarantee the recognition of our members’ qualifications within Europe.” 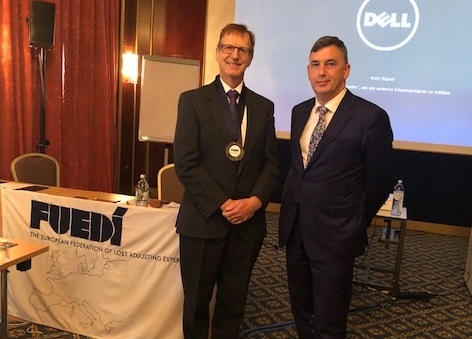 Over the next year, Malcolm’s priorities will be to robustly benchmark qualifications of member associations, secure mutual recognition of qualifications post Brexit and enhance the dissemination of all technical output from FUEDI. CILA Associates and Fellows are entitled to use the designation FUEDI-ELAE, a qualification mark recognised throughout Europe.

In May 2019 the FUEDI General Assembly meeting will take place in the UK and this could well be an important time for the UK to maintain strong business relationships with Europe post Brexit. The CILA will therefore be at the heart of this.