In his citation Dominic outlined Jonathan’s career history and included these words;

“My final action as President of the Insurance Institute of London is to give an award to a member who has made an outstanding contribution to our workings and / or enhanced our Institute’s image in the market and beyond.

It gives me great pleasure to advise that the winner of the President’s Award 2016 is Jonathan Clark ACII. Despite the enormous demands of his professional role which include much international travel, Jonathan can truly be described as tireless. His enthusiasm shines through such that his passion for professional development is infectious. Jonathan sets an exemplary standard. As the President of the Insurance Institute of London I am delighted to recognise Jonathan for his contribution to the London Institute, to the CII, to loss adjusting and the wider community.”

The Institute team congratulate Jonathan on receiving this award and look forward to his ongoing contributions as President of the CILA. 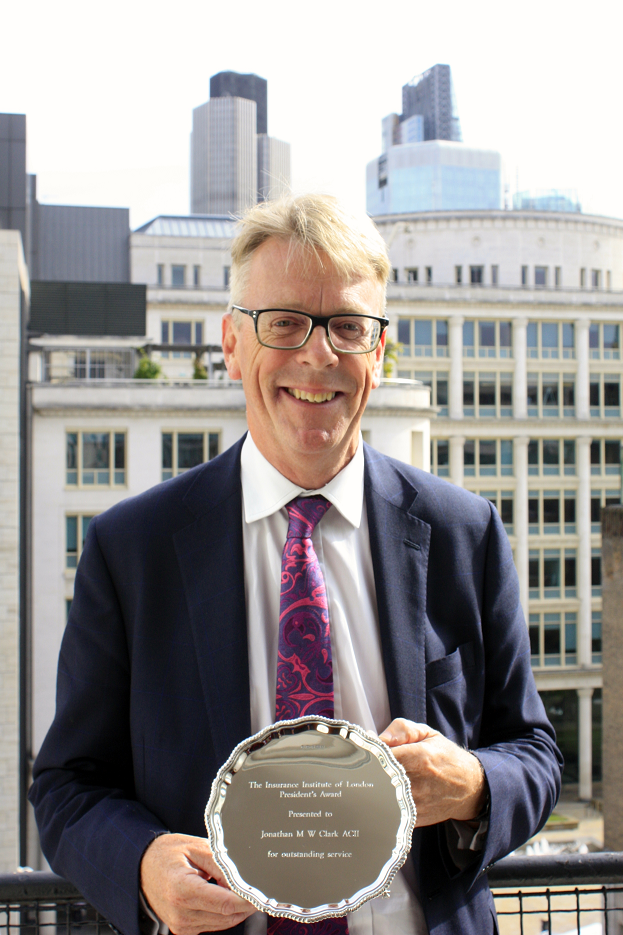